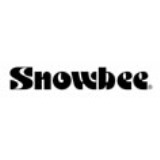 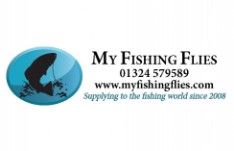 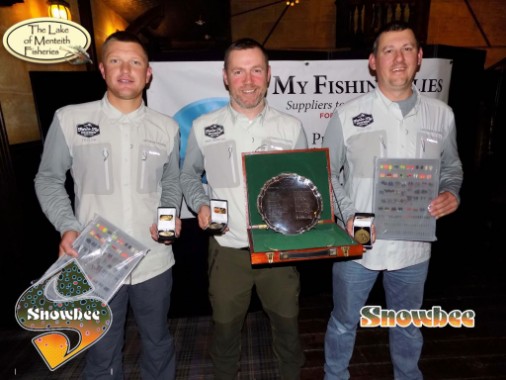 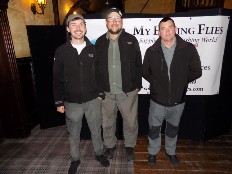 East Kilbride AC "B": Stephen Japp, Chris Tamburrini and Jim Smith)
The second placed team of East Kilbride AC  "B", represented by Stephen Japp (7 fish),  Chris Tamburrini (16 fish and top rod) and Jim Smith (4 fish) were only one fish behind.  They received £200 cash and vouchers worth £150 provided by sponsors Snowbee.  The Alba Cats FF "A" team of Gregor Fleming (9 fish), Calum Crosbie (10 fish) and Stevie Welsh (7 fish) were 1 fish further behind.  They received £100 cash and £75 of vouchers provided by sponsors Snowbee. 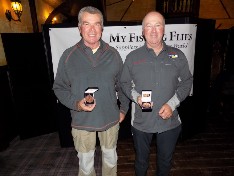 Alba Cats FF "A" - Calum Crosbie and Steven Welsh (missing Gregor Fleming)
The competitors had to contend with a blustery west wind which at times made fishing difficult.  Good bags of fish were taken from most areas of the Lake with the 60 anglers landing a total of 341 fish of which four were over 4lbs.  Top individual rod, Chris Tamburrini took his fish at the quieter areas of Lochend where he was fishing boobies with a figure of eight retrieve.  The Lintrathen fish were mainly taken from Hotel Bay, Shear Point and along the Road Shore on cormorants, diawl bachs and boobies on midge tip lines.  Alba Cats did best on dries in the Butts and nymphs at Sams Point. 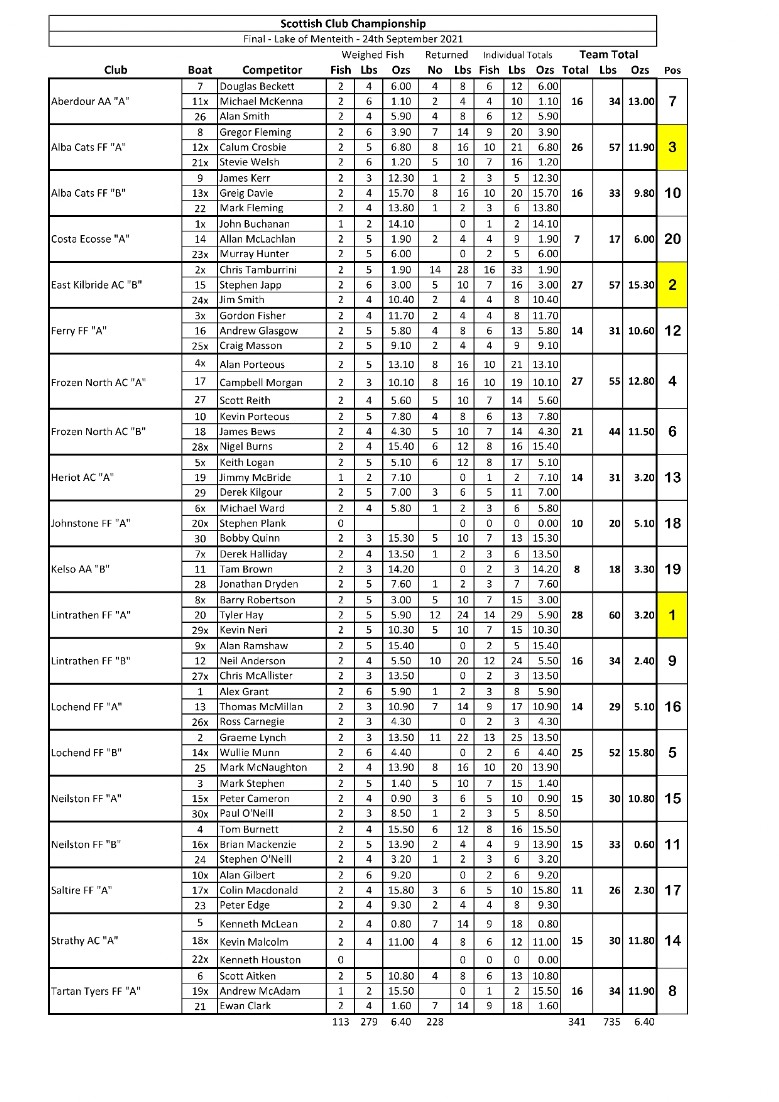 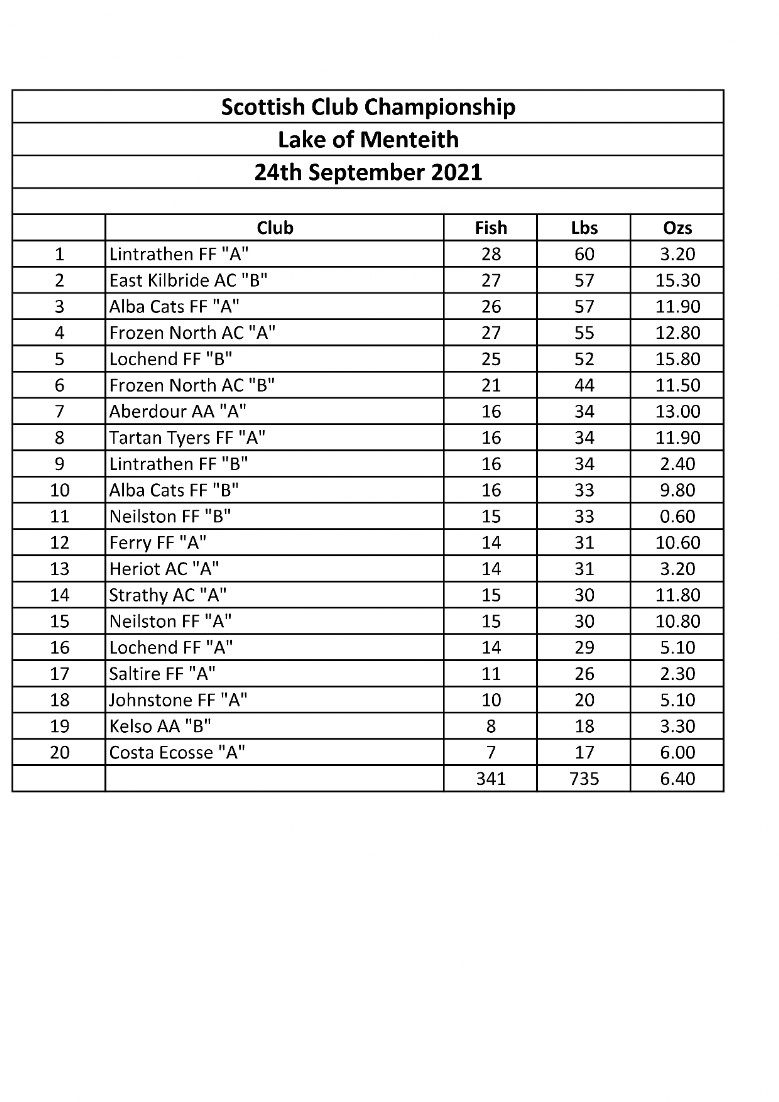 Scottish Club Championship
Sponsored by The Lake Of Menteith, Snowbee, Hope Embroidery,  Glencairn Crystal and My Fishing Flies
Semi Final No 2 - 20th August 2021
The second of the Scottish Club Semi-Finals on Friday 20th August was won by Neilston Fly Fishers "A"  with 32 fish.  They were represented by Peter Cameron (18 fish), Mark Stephen (5 fish) and Paul O'Neill (9 fish).  Each member of the team received a box of flies provided by sponsors My Fishing Flies. 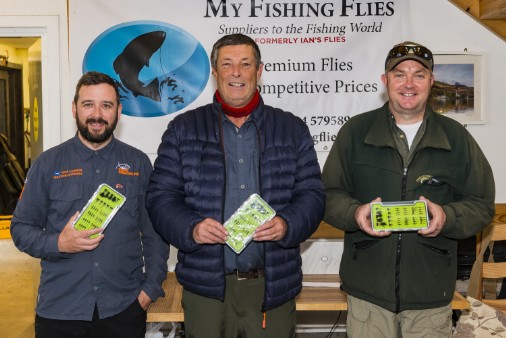 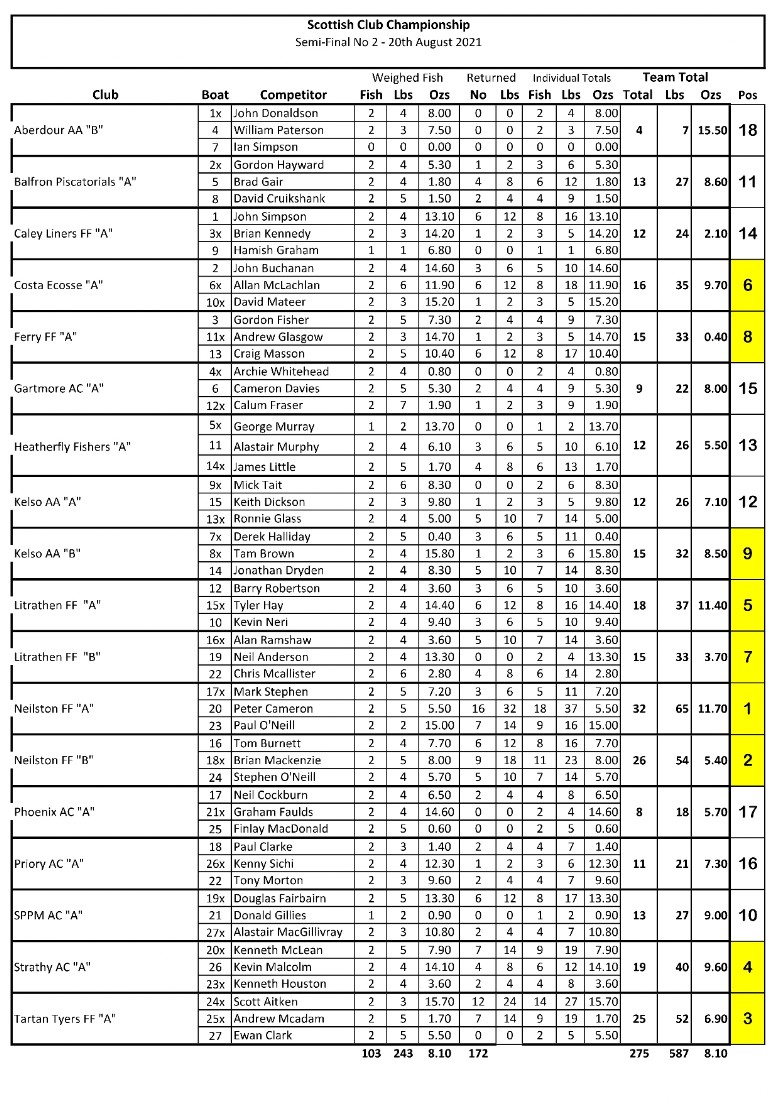 Scottish Club Championship
Sponsored by The Lake Of Menteith, Snowbee, Hope Embroidery,  Glencairn Crystal and My Fishing Flies
Semi Final No 1 - 13th August 2021
The Scottish Club Championship moved to the semi final stage on Friday 13th August and the anglers were faced with a strong sw wind and rain for most of the day. 21 of the scheduled 22 teams took part with the top 11 going through to the final.  Top team was Alba Cats  "B" represented by James Kerr (12 fish), Greig Davie (8 fish) and Mark Fleming (5 fish).  Each member of the team received a box of flies provided by sponsors My Fishing Flies. 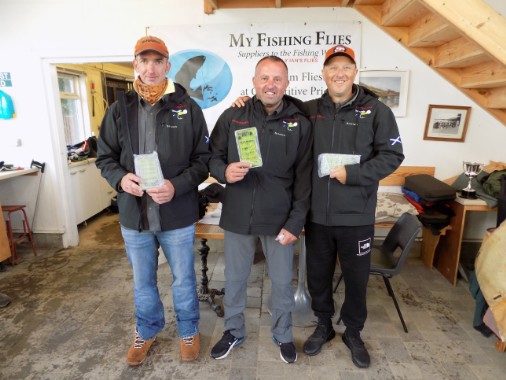 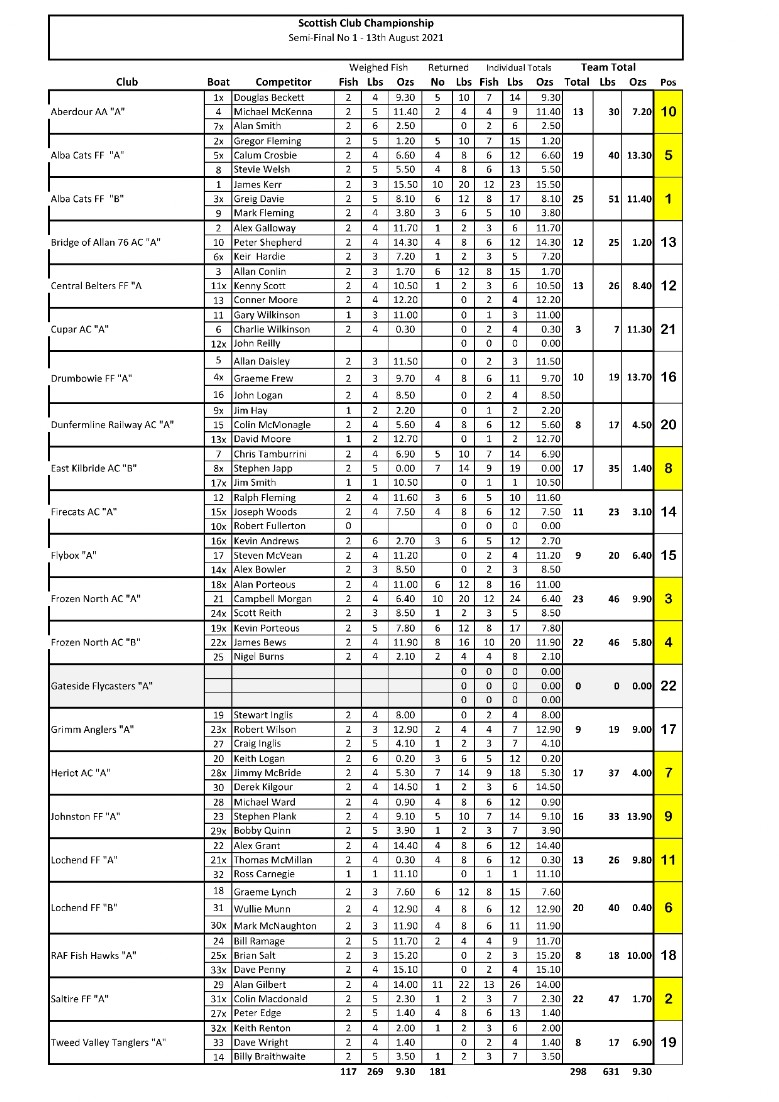 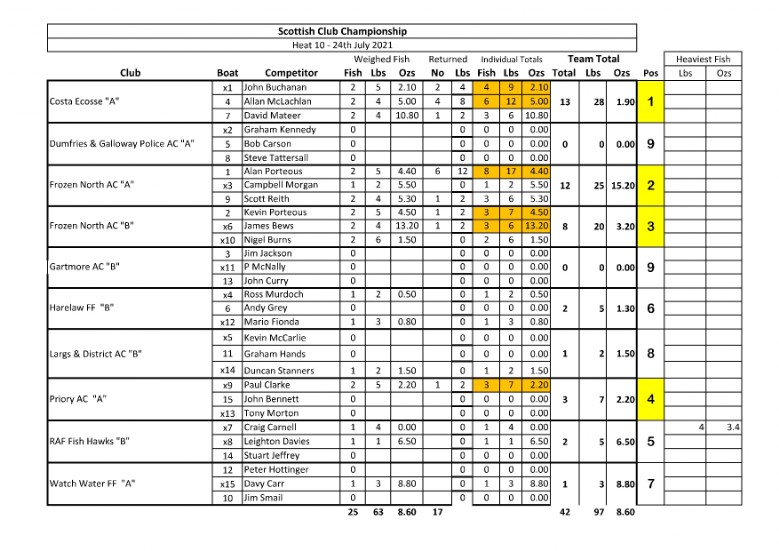 Scottish Club Championship
Sponsored by The Lake Of Menteith, Snowbee, Hope Embroidery,  Glencairn Crystal and My Fishing Flies
Heat 9 - 17th July 2021
The eleven teams at Heat 9 of the Scottish Club Championship had to contend with a strong wind for the first half of the evening and with the fish still in the deeper water it was difficult to get to grips with them.  The wind dropped steadily throughout the evening and by the end of the session the top team of SPPM AC "A" represented by Douglas Fairbairn (3 fish), Donald Gillies (2 fish) and Alastair MacGillivray (4 fish) had a total of 9 fish for 24lb 11.1oz.  All three each received a box of flies provided by sponsors My Fishing Flies. The top individual rod was Gordon Fisher of Ferry FF with 5 for 11lb 6.2oz and the heaviest fish weighed 4lb 14.8oz and was caught by Walter Archibald of Costa Ecosse.  Seven of the sixty fish that were taken to the scales weighed 4lb or more and a total of 151 trout were caught.  The top four teams go through to the semi-final on 20th August and the top six individuals go through to the Champion of Champions on 8th October.
Semi-Final on 20th August
1st:   SPPM AC  "A" with 9 fish for 24lb 11.1oz
2nd:  Neilston FF  "A" with 10 fish for 24lb 3.4oz
3rd:   Aberdour AA  "A" with 10 fish for 22lb 7oz
4th:    Ferry FF "A" with 9 fish for 20lb 7oz
Champion of Champions
1.  Gordon Fisher of Ferry FF "A" with 5 fish
2.  Alastair MacGillivray of SPPM AC  "A" with 4 fish
3.  Ryan Craig of Falkirk Municipal AC  "A" with 4 fish
4.  Peter Cameron of Neilston FF "A" with 4 fish
5.  Mark Sephen of Neilston FF "A" with 4 fish
6.  Donnie Macbeth of SPPM AC  "B" with 3 fish. 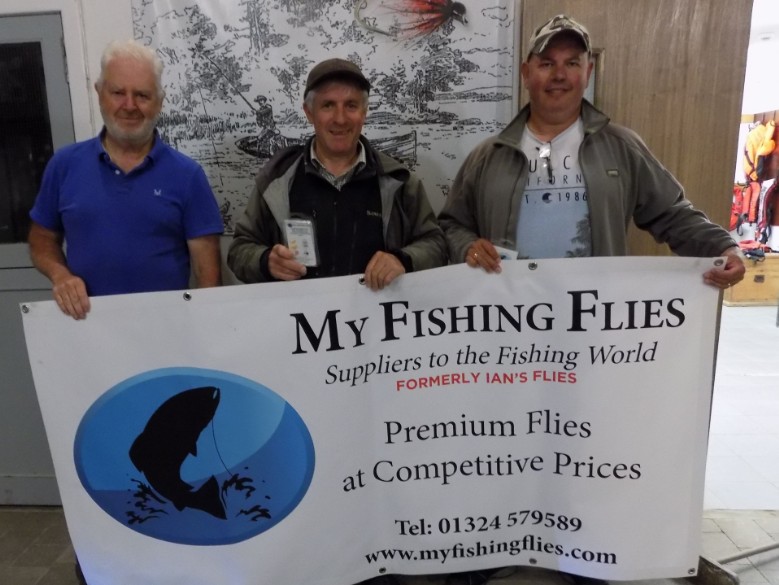 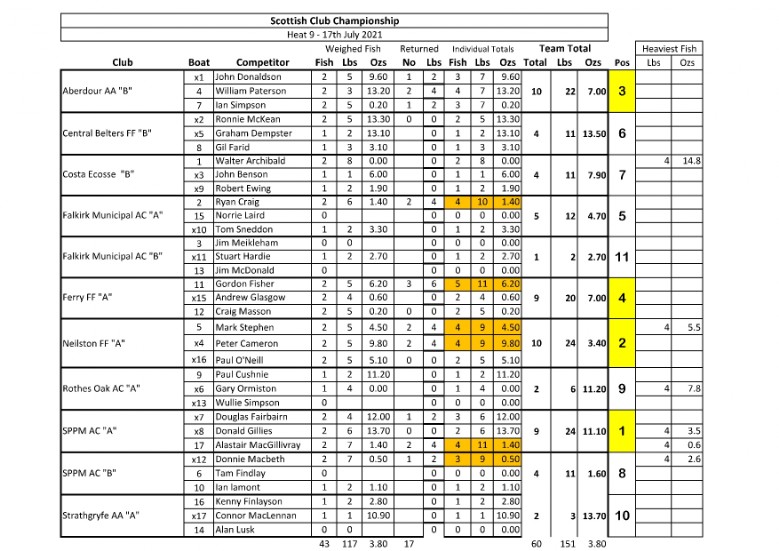 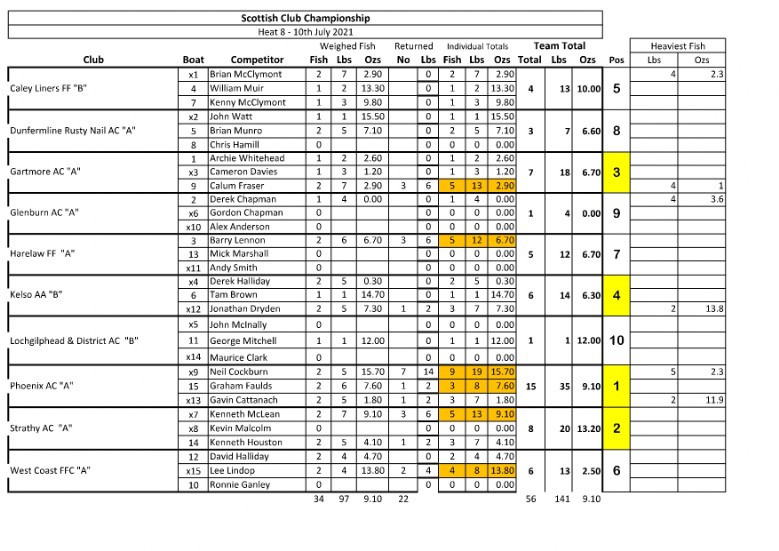 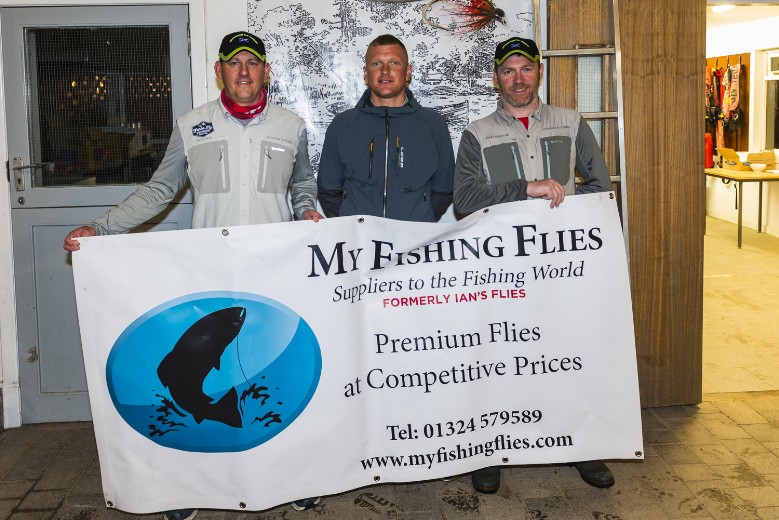 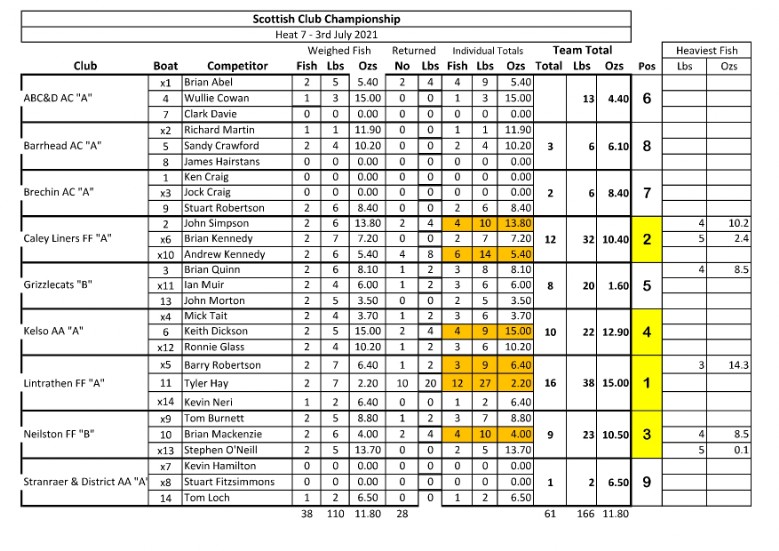 Scottish Club Championship
Sponsored by The Lake Of Menteith, Snowbee, Hope Embroidery,  Glencairn Crystal and My Fishing Flies
Heat 6 - 26th June 2021
The second section of the Scottish Club Heats started on Saturday 26th June and nine teams took part with the top four going through to the semi final on 20th August.
Semi-Final on 20th August
1st:   Gateside Flycasters "B" with 18 fish
2nd:   Lintrathen FF  "B" with 15 fish
3rd:   Balfron Piscatorials "A" with 10 fish
4th:   Heatherfly Fishers "A" with 8 fish
Champion of Champions
1.  Jake Gilchrist of Gateside Flycasters "A" with 11 fish
2.  Neil Anderson of Lintrathen FF "B" with 9 fish
3.  George Murray of Heatherfly Fishers "A" with 5 fish
4.  Robert Gibson of Gateside Flycasters "A" with 6 fish
5.  Scott Aitken of Tartan Tyers "A" with 5 fish
6.  David Cruikshank of Balfron Piscatorials "A" with 4 fish 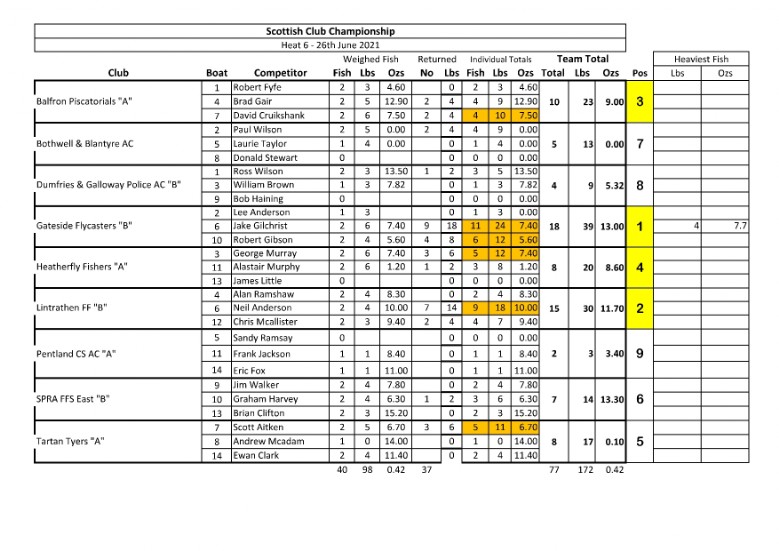 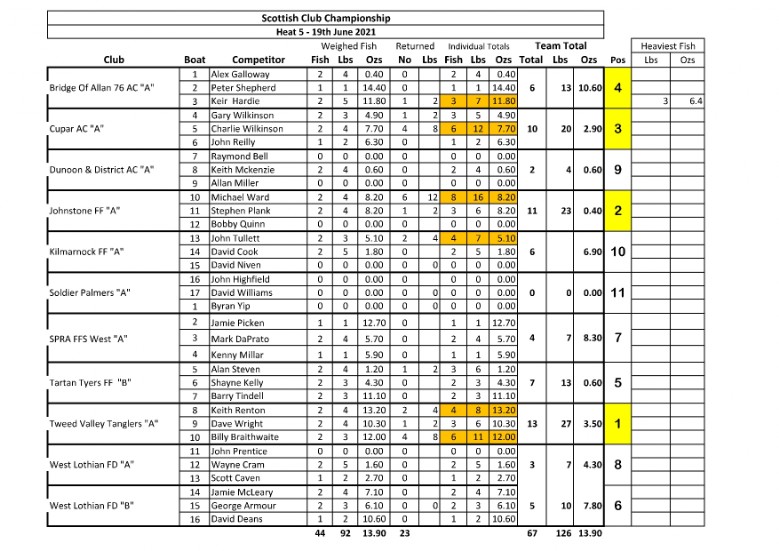 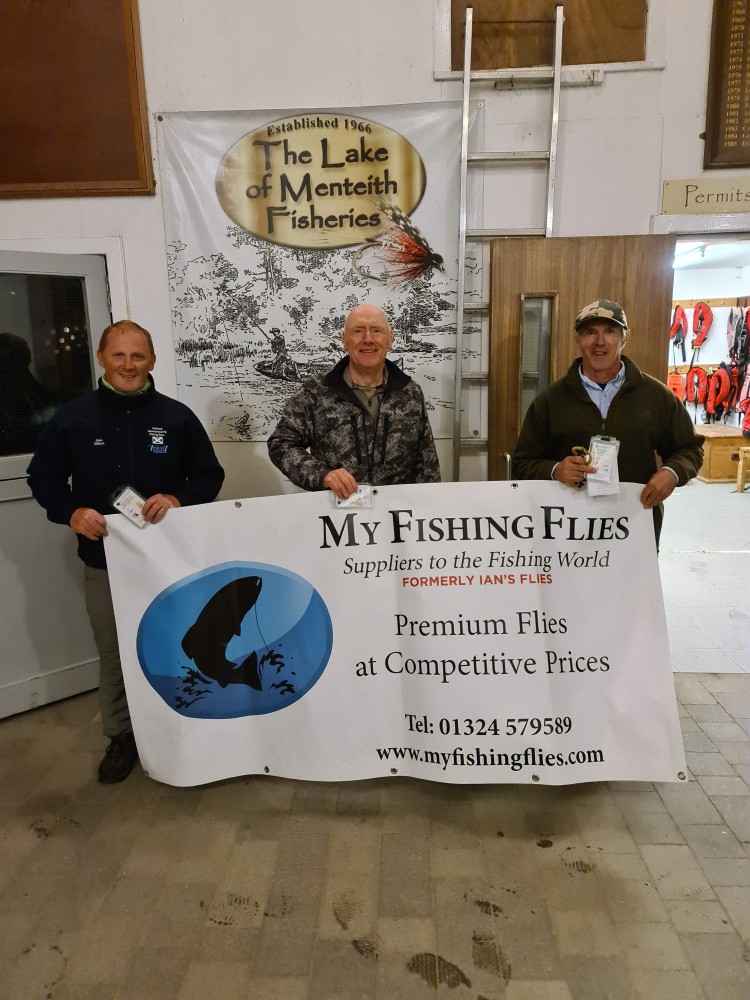 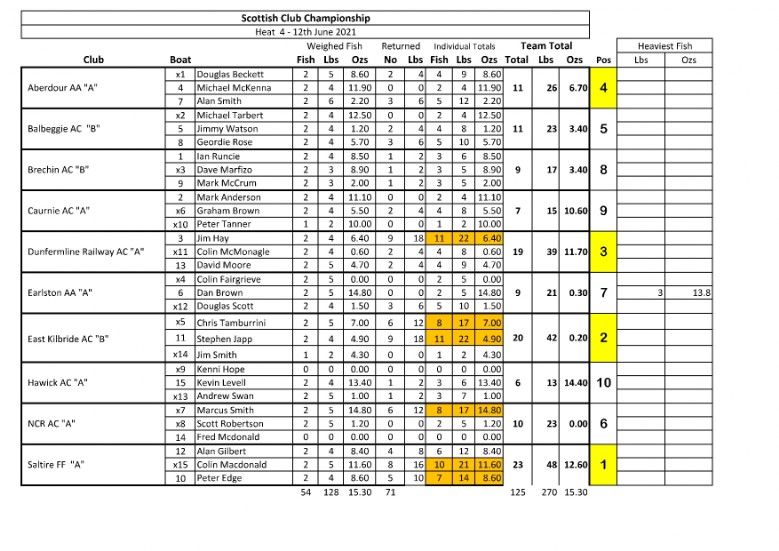 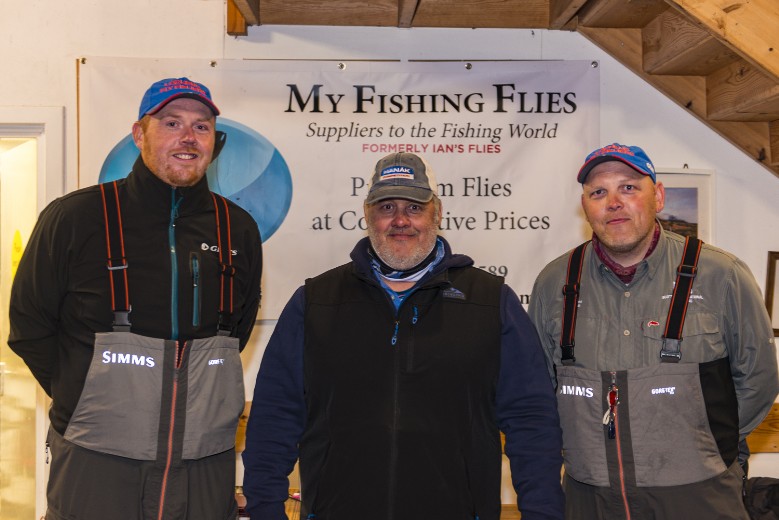 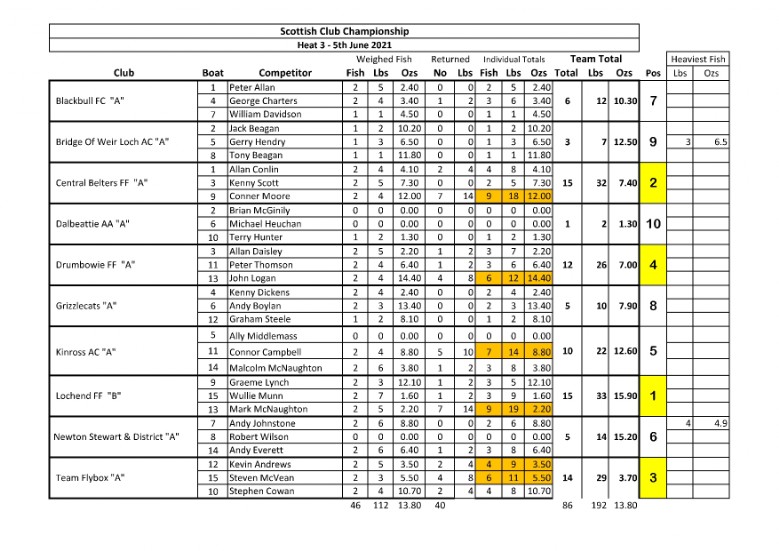 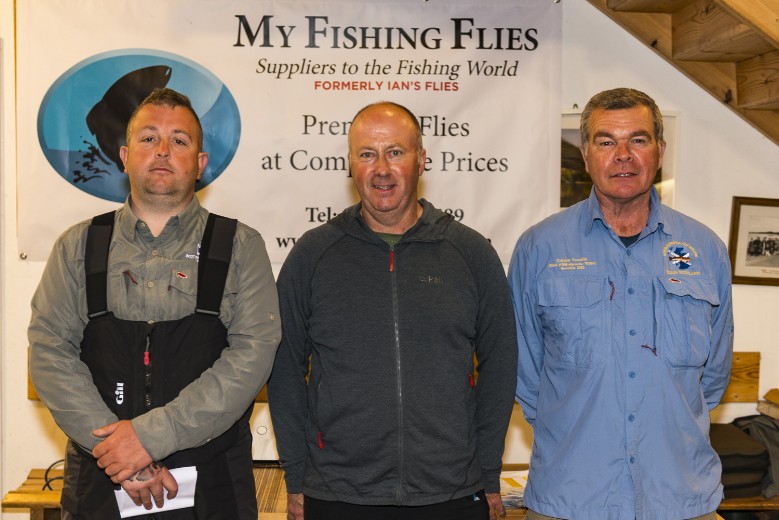 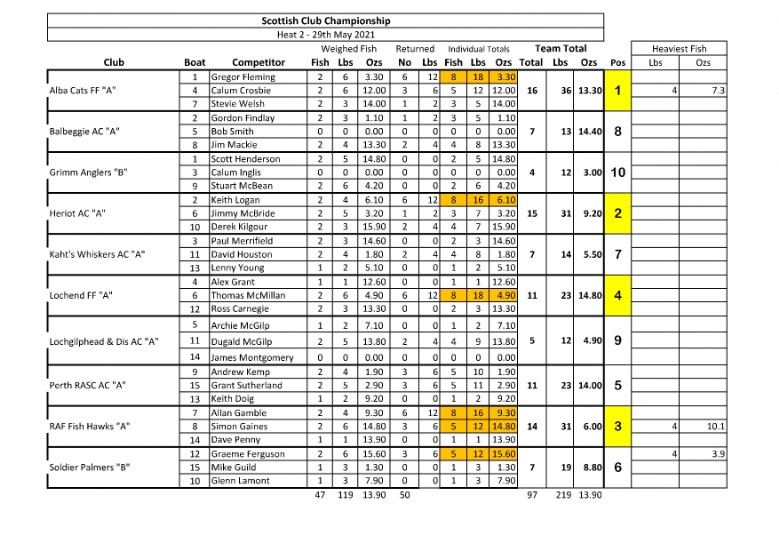 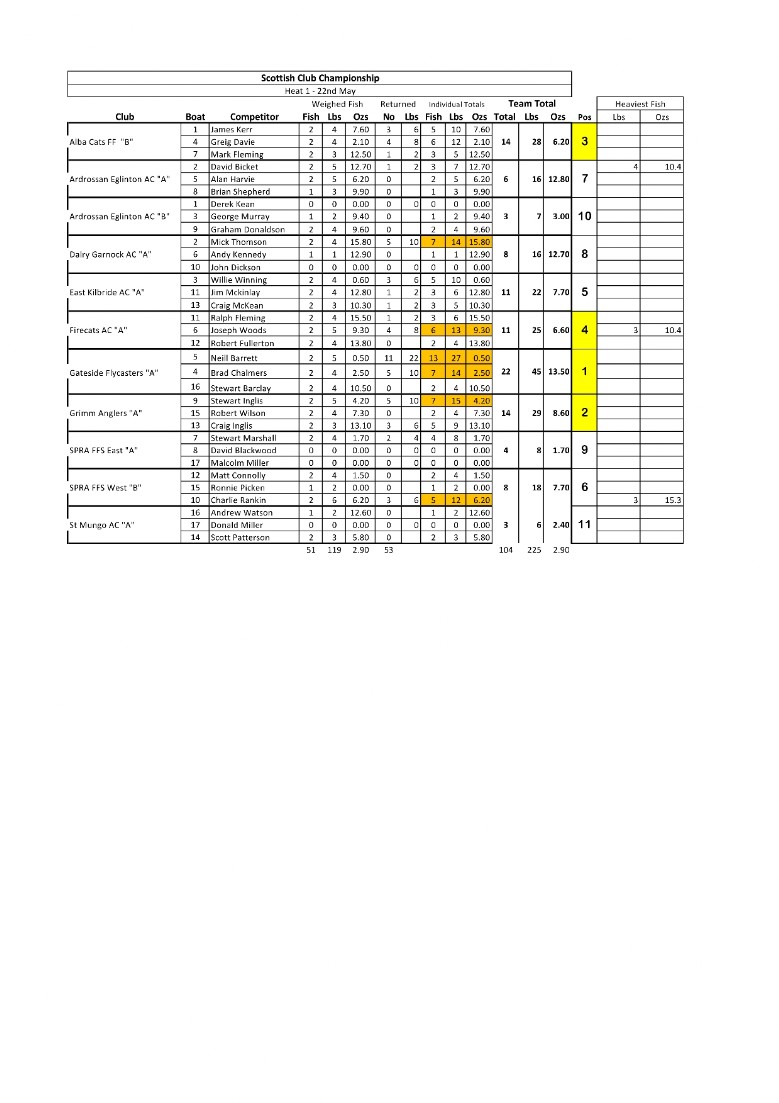